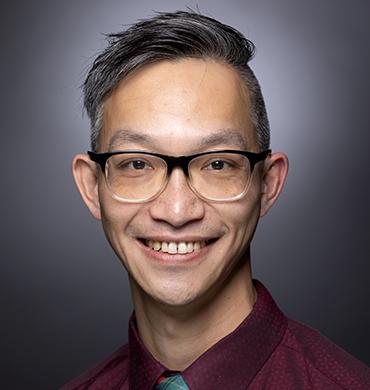 Jerry (Chiwei) Hui has written a wide variety of music that ranges from serious concert art music to humorous choral arrangements. His music has been performed in the United States, Germany, France, Scotland, Indonesia and Hong Kong by community choirs, campus ensembles, and professional groups. Described by critics as “seriously fun”, and with “accomplished contrapuntal texture.”, his composition has won prizes including the Robert Helps Prize 2008, and received commission that was featured at the World Saxophone Congress. As a conductor, Dr. Hui has founded and directed various community choirs, church choirs, chamber ensembles and orchestras. At home in both early and contemporary music, he has performed often as baritone and countertenor. He is active in performing for fellow composers, and has premiered over 30 new works. He is directing and performing with Eliza's Toyes, a vocal sextet specialized in early music which has been featured on Wisconsin Public Radio. He is currently the director of choral activities at University of Wisconsin-Stout, conductor at the Menomonie Singers, assistant conductor at the Madison Early Music Festival, and artistic director of the Schola Cantorum of Eau Claire. A native of Hong Kong, Jerry Hui received his DMA degree in music composition at the University of Wisconsin-Madison. Dr. Hui's principal composition teachers include David Crumb, Stephen Dembski, Robert Kyr, Joel Naumann and Laura Schwendinger. His conducting teachers are Beverly Taylor , Sharon Paul, and Bruce Gladstone.